For many years, the city has planned a “walkway” along 24th, from Edgemont Jr High to 122nd. However, for various reasons, money being one, it wasn’t happening. The Edgewood City Council reduced the speed limit to 25mph back in April 2019. With the speed reduced, the lanes don’t need to be as wide, so we took the opportunity to revise the striping along this stretch of road. The city narrowed the lanes with the intent of providing some extra space for non-motorized travelers to get by on the north side.

Now we get it – it’s not a sidewalk, and it’s not on both sides, but it’s something! And we’re not quite done – Our plan is to put something physical in to enhance the shoulder striping, like curbing, then evaluate this “pilot project” over the next year or so to see if any further improvements are needed, and how well received (or not) it has been. 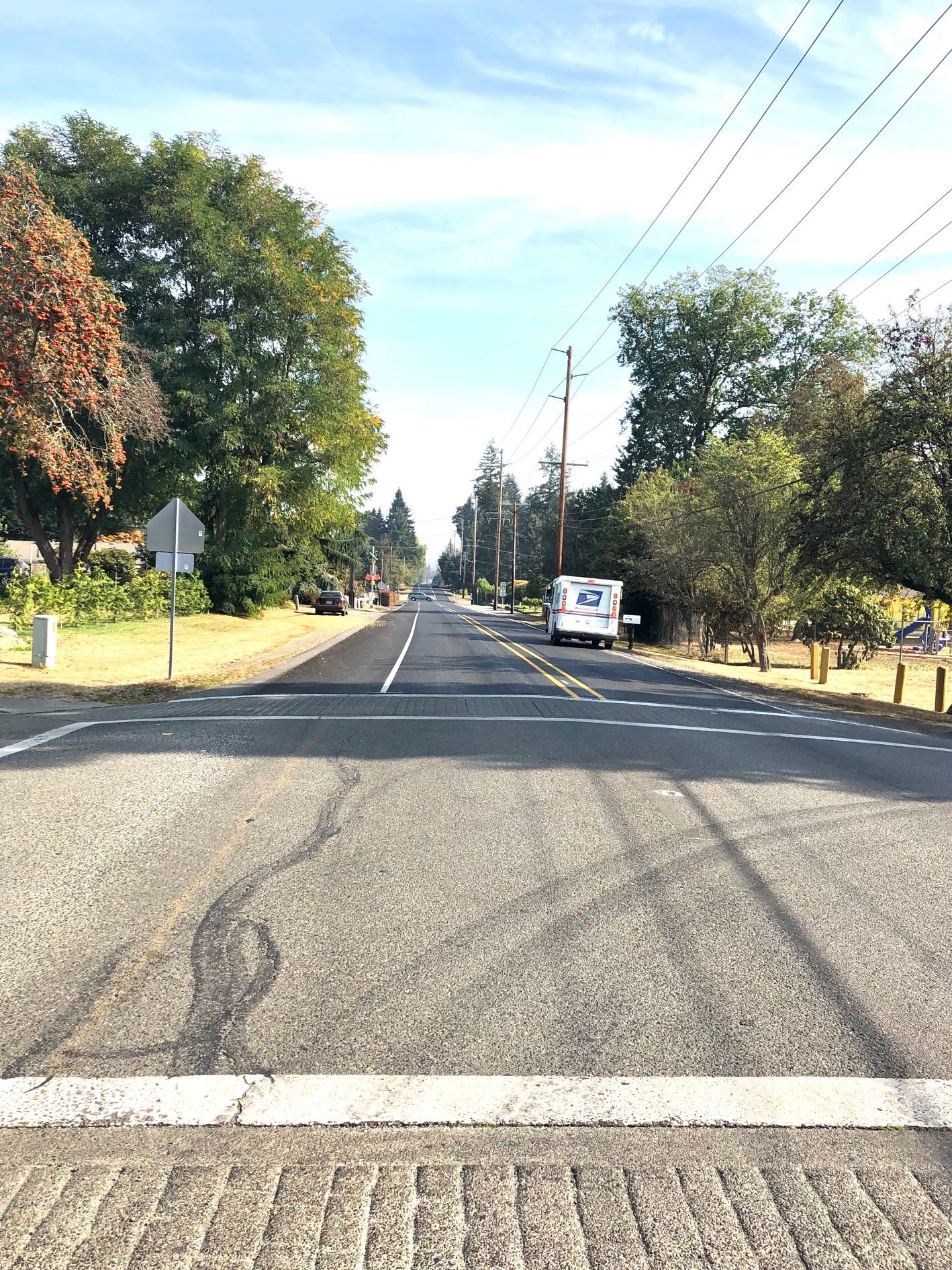